"Saltypie"-A modern-day Choctaw story of Tim Tingle's family, of his grandmother's experience in an Indian boarding school and hard times relocating on the Texas Gulf Coast.

"No Name"- A Choctaw traditional story of a young boy who risks his life in a desperate attempt to gain his father's approval.

"Amafo and the Panther"-From "House of Purple Cedar," a trip to a friend's house ends in darkness, icy sleet, and deep woods danger as a black panther stalks Rose, a 12-year-old Choctaw girl, her mother, and her little brother.

Speak Ye and the Page Appears! Hoke, maybe it’s not quite that easy. But as storytellers, we share one critically important trait with the best of fiction writers: we know the structure of a solid plot––a brief intro, a build-up of tension, and a powerful resolution. And who better writes dialogue than we who portray a multitude of intimate strangers on stage? Expect a practical, you-do-the-work session, with ample Q/A time for the usual suspects. Writer’s block (very uncommon with storytellers, we always have something to say!), daily habits, finding a publisher, writer’s groups, how to begin OR where do I go from here?
For beginners and experienced writers. We can learn from each other. 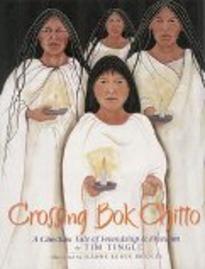 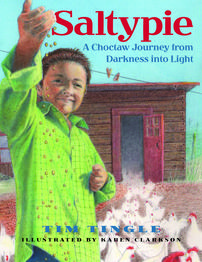 Storytelling for All Audiences

​The following stories are samples of more than a hundred oral performance pieces in Tingle's repertory, for all grade levels—Kinder through high school and college and adult festival audiences. 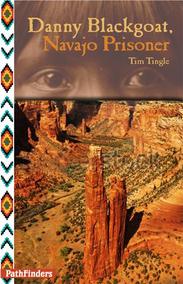 I Pledge Allegiance to the Coat of Many Colors- As an Oklahoma Choctaw writer and storyteller, Tingle shares brief stories of his own experiences performing and writing stories of multiple ethnicities. Participants (Tim included) will ponder the rightness and wrongness of telling outside of one’s experience. Hoping for a high level of audience participation, our goal is to germinate ideas for a truer version of who we/they are in our performance tales and written narratives. “Where do we go to learn the truth?” Open for Discussion

The First Step- In this highly-interactive workshop for all levels of storytellers, we will explore a variety of techniques of creating and learning an oral performance piece. Whether you select a personal story, a folktale, a historical narrative, or a tale from another genre, we will discuss the common elements; learn the basic rules and how to acknowledge and break them. Music, movement, gestures, vocal quality—we'll cover all the basics, and leave with the beginnings of a tale for Jonesborough (sidewalk or stage, you get to chose). 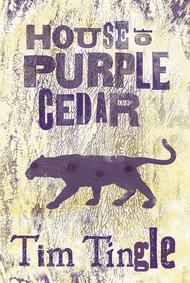 ​"Lone Hunter"- A proud young hunter ignores the warnings of his Choctaw elders and spends the night in the swamp—alone. His faithful dog warns him, "The one who comes is no man," as a black-cloaked figure appears, silent and frightening.

​"Danny Blackgoat"-A young Navajo boy witnesses the burning of his home and the capture of his family and friends, beginning "The Long Walk" of 1864. He finds himself in a Civil War prison camp at Fort Sumner, Texas, where an older prisoner teaches him to read—and plans a dangerous escape.

"Rabbit Tail"- A Choctaw trickster tale, filled with humor and audience participation, of Rabbit—who loses his tail because he "won't stop talking!"

"Choctaw Bigfoot"- A fun audience participation story of a girl who disobeys her mother on her birthday—and meets the Bigfoot!

"Grandmother Spider Brings the Fire"- A traditional Choctaw story of a tiny, elderly spider who succeeds with careful planning and courtesy, while braggarts fail.