Tim Tingle is an Oklahoma Choctaw and an award-winning author and storyteller. His great-great grandfather, John Carnes, walked the Trail of Tears in 1835, and his paternal grandmother attended a series of rigorous Indian boarding schools in the early 1900’s. In 1993, Tingle retraced the Trail of Tears to Choctaw homelands in Mississippi and began recording stories of tribal elders.

Tingle was a featured author and speaker at the 2014 National Book Festival in Washington, D.C., based on critical acclaim for "How I Became a Ghost," which won the 2014 American Indian Youth Literature Award. The next book in the series, "When A Ghost Talks, Listen," will be released June 24, at the National Museum of the American Indian in Washington, D.C., and June 26 at the American Library Association Conference in Orlando.

His first children’s book, "Crossing Bok Chitto," garnered over twenty state and national awards, and was an Editor’s Choice in the New York Times Book Review. In June of 2011, Tingle spoke at the Library of Congress and presented his first performance at the Kennedy Center, in Washington, D.C. He received his Masters Degree in English Literature at the University of Oklahoma in 2003, with a focus on American Indian studies. While teaching writing courses and completing his thesis, “Choctaw Oral Literature,” Tingle wrote his first book, "Walking the Choctaw Road." It was selected as Book of the Year in both Oklahoma and Alaska.

As a visiting author and performer, Tingle reaches audiences numbering over 200,000 annually. He has completed eight speaking tours for the U.S. Department of Defense, performing stories to children of military personnel stationed in Germany.
In February of 2016, his novel “House Of Purple Cedar” won the American Indian Youth Literature Award.

More important even than book awards, which are of course appreciated, are Tim's (my) two grandkids, Niko (named for Nikos Kazantzakis) and Finnegan (Yes, from "Finnegan's Wake"). Someday I hope to be as funny and smart as they are. My son, Dr. Jacob Tingle, faculty member @ Trinity University, is smart, hoke, but I am way funnier. Way. 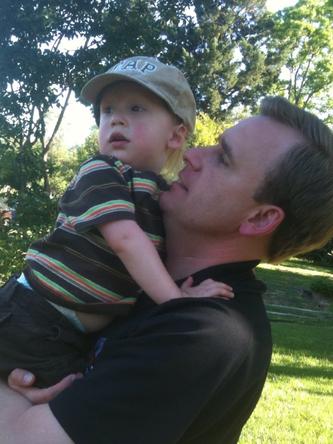 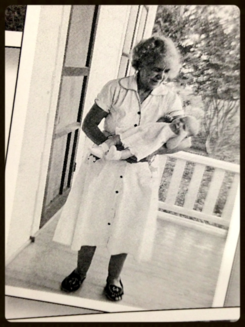 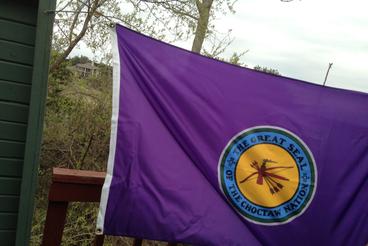 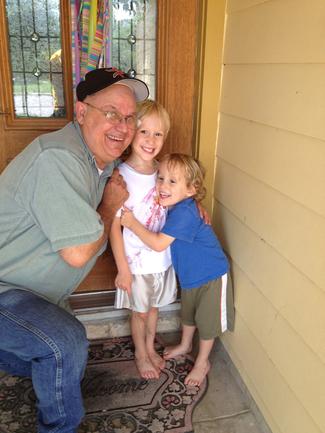 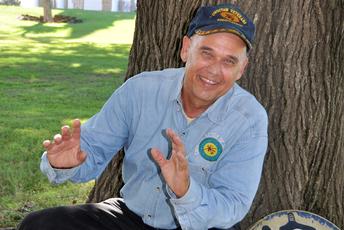 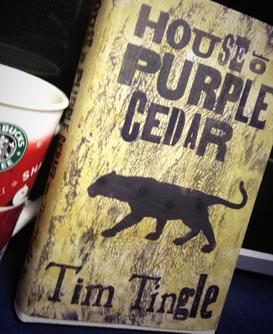